This is a translation of The Profound Scripture of the Upmost Three Officials Who Bestow Blessings, Pardon Sins, Dispel Calamities, Avert Disasters, Prolong Life, and Secure Destiny, also known as The Scripture of the Three Officials, or the Sanguan Jing 三官經. This is the third of what will be a four-part series of translations of Daoist scriptures by Parting Clouds, which includes the previously published Morning and Evening Recitations, and the Beidou Jing 北斗經 (to be released at the end of this summer). These four textual bodies constitute the predominant share of the daily and monthly liturgy of the typical Quanzhen temple, the current translation of which is recited daily at noon (11-1 hour or 午時). The content of this Scripture concerns our activities, and speaks directly to the ramifications and repercussions of said actions. As such, from a Daoist doctrinal perspective, it outlines the basic nature of cause and effect. Sometimes called the Sanguan Ganying Miaojing 三官感應妙經, or The Three Officials’ Profound Scripture of Response to Causes, this text addresses seemingly similar issues covered in the Taishang Ganying Pian 太上感應篇, or Taishang’s Treatise on Response to Causes. However, the Taishang Ganying Pian was written primarily for a lay audience, the text being generally offered for free somewhere in the temple, often in small pocket-sized copies, for the visitor to take home. In the case of the Sanguan Jing, the content is geared towards, and is more applicable to, the initiated practitioner. The structure of the Sanguan Jing mirrors other altar recitations in which we find particular language, purification prayers at the beginning (e.g., the Bada Shenzhou), etc. Additionally, it should be noted that this is a Jing, or Scripture, and not a Pian, or Treatise. This, alone, demonstrates an important feature meant to separate this Scripture from its lay counterpart. So, despite some conceptual doctrinal similarities of cause and effect, the Sanguan Jing needs to be understood as a practitioner’s text, an attentive daily reading of which will reveal a surprising amount of doctrinal subtlety and bring the reader closer to alignment with the tradition.Within this Scripture, one can identify a few central themes: the bestowal of blessings, the absolution of sin, the dispelling of calamities, the prolonging and protection of life, and other such concerns. All of these themes reveal the functions of, and are predicated upon, the actions of the Three Officials of Heaven, Water, and Earth, and it is to these Three Officials to whom the noon recitations are directed. These Three Officials, their functions and activities, harken back to the very earliest roots of organized Daoism. The Wudoumi Dao 五斗米道 (Five Pecks of Rice), or Tianshi Dao 天師道 (Celestial Masters) movement’s central practice of written confessions relied heavily upon the relationship with these Three Officials as the recipients, and ultimate arbiters, of said confessions. The Sanguan Jing exemplifies the continued and on-going importance of understanding our actions and their effects, an integral component for the full understanding of Longmen 龍門 Daoism which elevates particular doctrines and practices central to the lineage, especially the following of precepts and the host of other ethical features of the tradition, in service of achieving realization. 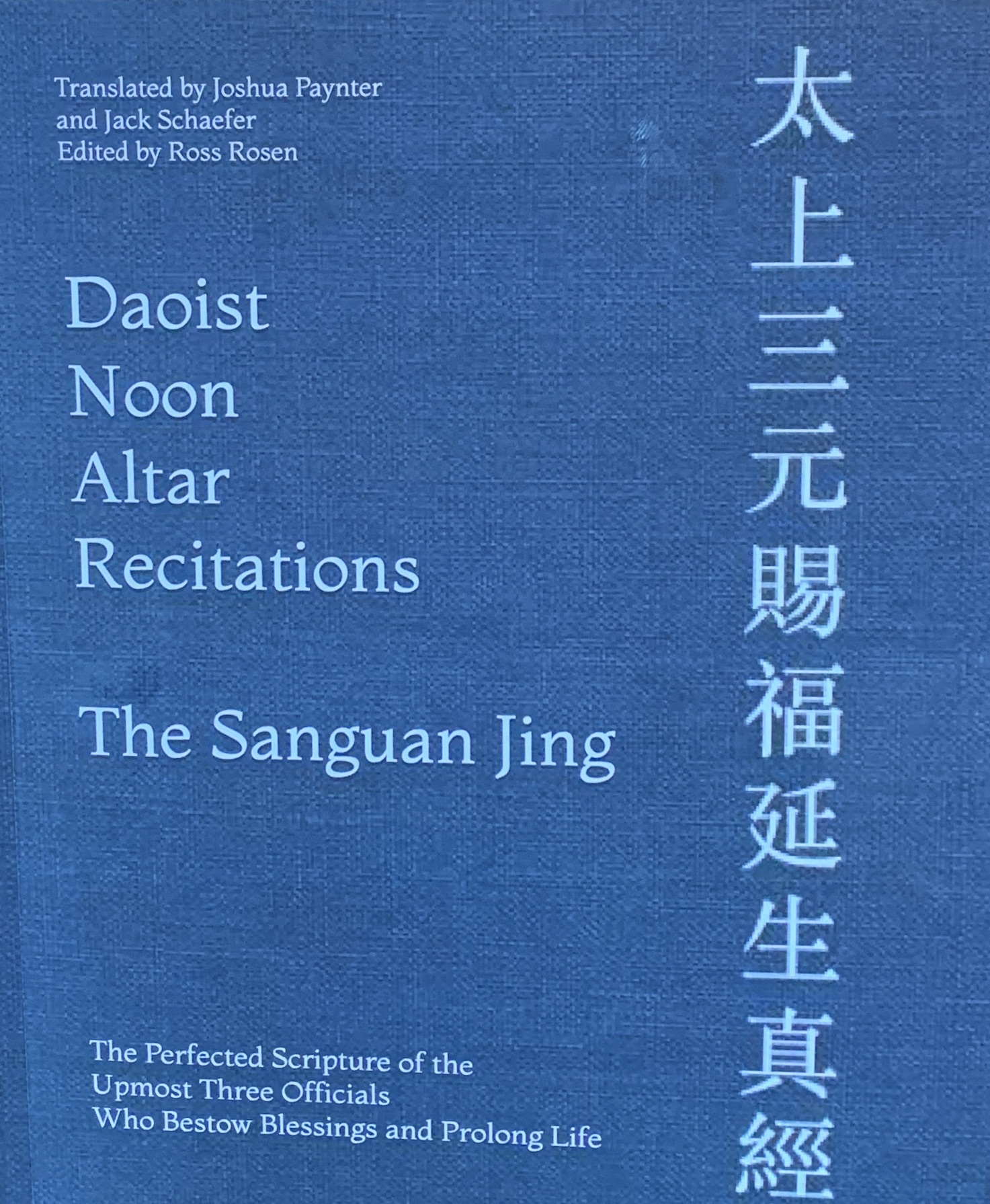